We read a short story named “The Destructors”, which for me was one of the best ones we read this year.

The writer, Graham Green, is able to combine a good storytale with a deep message and historical context which leads the readers thinking about it. 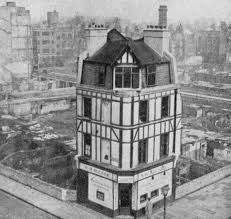 In the picture above it can be seen Old Misery’s house. The only one which had survived the bombs as a consequence of the war. The photo also shows the destruction caused by the bombs all around the city. 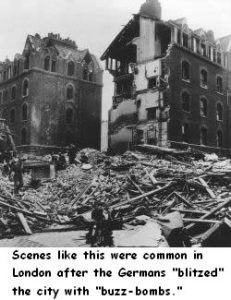 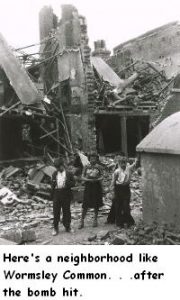 After reading this story I kept thinking about a main theme of the story: Destruction as a way of creation. 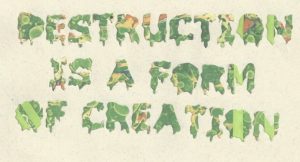 That idea made me think and I realized that there is always a moment where we, people, hit a point of broken, and there is where real growth begins. As the time passes, we start seeing the destruction of experiences as the beginning of a new creations. That is why we can consider ourselves as “creative destroyers,” who destroy in the service of creation. To sum up, creation is imposible without destruction.

I made some research and I found out that there are three forces in nature; creation, maintenance and destruction.

In the creation phase we are exhilarated, excited and connected to our purpose. But there is a time, our creation is not longer useful or does not shows or provides something new. There is a moment where the maintenance is useless. We had already learn a lesson from the creation, it is time to destruction to take place so as to repeat the same cycle.

We, humans, are a weapon of destruction. Through the history we had destroyed different territories, we had killed people, we end up with different and many things, but at the same time we opened new beginnings. As a consequence of all those destructions new episodes and opportunities appeared.

Una respuesta a The Destructors