In literature we read a poem called “Ode Of Melancholy” written by Jhon Keats.

For this post I search for images that I believe they represent the feelings that the poet tries to express in his poem. 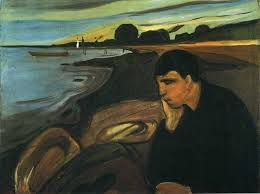 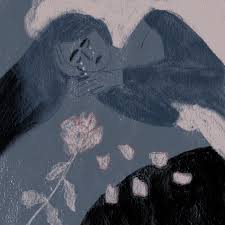 Both images represent sadness and melanchily, feelings which are expressed during all the poem.

I also found this short text which I believe it is really interesnting, It presents the feeling of melancholy as an inlesses and the poem as a guide on how to solve it.

“one must first understand that melancholy was viewed, for the longest time, as an illness. It was an imbalance in the body’s humours, specifically an over-abundance of black bile, that led to ill temperament, mood swings, anger, and a brooding disposition, which, for the discerning reader, might have very well been the categorization of the entire Romantic period. John Keats, as a junior doctor, would have almost certainly come into the definition and the treatment of melancholy during his training, which is why this particular poem, Ode on Melancholy, is so interesting in its writing.”

Finally, I would like to express an intersting information I found. This poem used to have another stanza but it had been removed some time before it was pubilshed. The missing stanza was as follows:

Though you should build a bark of dead men’s bones,
And rear a phantom gibbet for a mast,
Stitch creeds together for a sail, with groans
To fill it out, bloodstained and aghast;
Although your rudder be a Dragon’s tail,
Long sever’d, yet still hard with agony,
Your cordage large uprootings from the skull
Of bald Medusa; certes you would fail
To find the Melancholy, whether she
Dreameth in any isle of Lethe dull.

In my opinion, this poem is great. It “teach” us how to deal with sadness and how to appriciate what it is the best for us.  The writer tell us not to worry, and help us to change the suffering and sadness to much meautiful feelings.

Una respuesta a Ode of Melancholy